Jamie Whitelaw, Karthic Swaminathan, Laura Machesky and co-authors show in their study in Cells that the WAVE regulatory complex (WRC) is required for cell mobility, as seen for example in cancer spread. When one of WRC's components, Nckap1, was deleted, cells were unable to form sheet-like projections at their front edge and the turnover of their anchoring system was reduced, resulting in the slowing down of the cells' forward speed. This demonstrates a clear role of WRC in the ability of cells to migrate.

Florian Bock, Stephen Tait and colleagues at the Beatson Institute made a pre-print available on bioRxiv – "Apoptosis-induce FGF signalling promotes non-cell autonomous resistance to cell death" - which describes how dying cells alert their neighbours by releasing the signalling protein FGF2. In response, the surrounding cells upregulate their survival machinery, protecting themselves from cell death. Understanding this process is important to help us to make anti-cancer therapies more efficient and avoid the development of treatment resistance.

Together with fellow scientists from the Beatson Institute, Sandeep Dhayade, Matthias Pietzke and Alexei Vazquez investigated the impact of formate supplementation in their publication in Nutrients. It found that nutritional intervention with formate has sex-specific effects on body weight and the gut microbiota in mice. Further work will be required to determine the role of formate supplementation in humans.

Another publication by Matthias Pietzke and Alexei Vazquez – "Metabolite AutoPlotter - an application to process and visualise metabolite data in the web browser" - introduces a user-friendly online tool that reads and processes high-throughput metabolite data to generate high-quality, individual plots. The online application is under constant development and the developers will responds to users' feedback and suggestions. 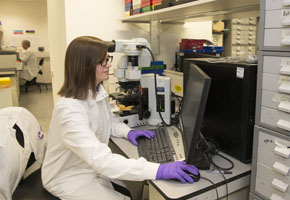 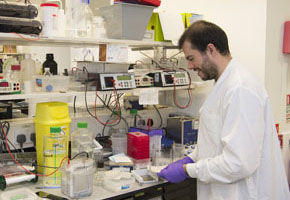 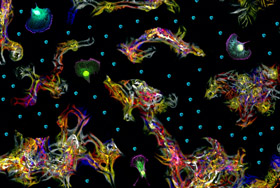