Sitryx, a biopharmaceutical company focused on immunometabolism, has entered into a license agreement with Cancer Research UK to develop IP from the Beatson Institute's Drug Discovery Unit relating to small molecule inhibitors of a target kinase, which plays a critical role in a metabolic pathway of emerging importance in immune cells and inflammatory processes: https://www.sitryx.com/news/sitryx-licenses-intellectual-property-rights-for-inhibitors-of-a-new-target-in-immunometabolism-from-cancer-research-uk-in-exclusive-worldwide-agreement 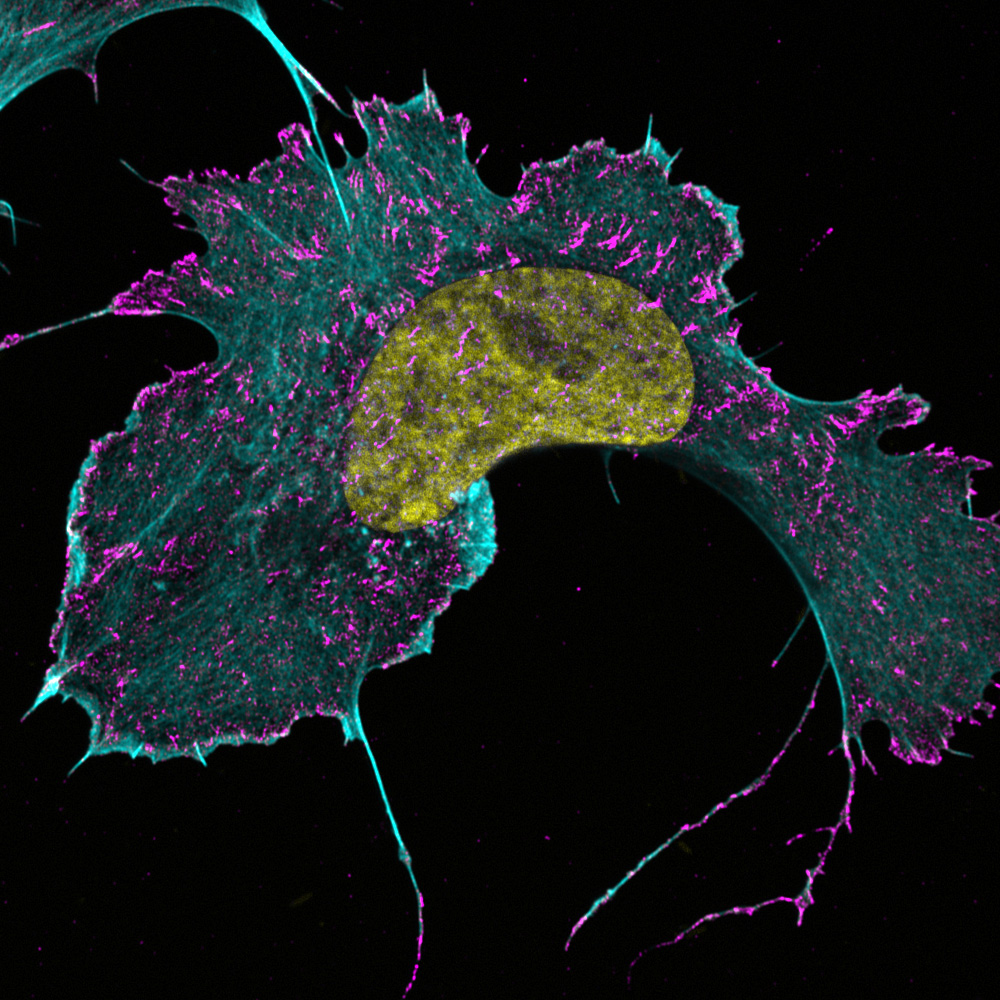 Prostate cancer is the most commonly diagnosed cancer in the UK, for example it affects 1 in 10 men in Scotland. Glasgow-based scientist Dr Kirsteen Campbell, from the Cancer Research UK Beatson Institute, has just received a major award of £273,534 from the charity Prostate Cancer Research (PCR) to investigate if a protein called MCL-1 could lead to new treatment options.

Kirsteen's award bucks the trend at a time when funding for non-COVID health research has been cut dramatically with some clinical trials being cancelled or postponed and some researchers leaving the sector. The award made by PCR is part of £1.4 million awarded by the charity to new research projects that could have a real impact for those living with advanced prostate cancer. PCR already funds 10 projects across the UK, including one led by Professor Iain J. McEwan at the University of Aberdeen, which is exploring new approaches to hormone therapy for prostate cancer to keep it working for longer.

Patients with advanced prostate cancer have been found to have high levels of a protein called MCL-1. Kirsteen's team hope to understand why this is and develop new treatment options. Little is known about the role of MCL-1 in prostate cancer, but patients with high levels of the protein are more likely to have their lives cut short by the disease than those with low levels. High levels of MCL-1 have also been linked to resistance to hormone therapy, and drugs targeting MCL-1 have already been developed to treat blood cancers. The researchers believe that these drugs could also be used to treat prostate cancer more effectively than current treatments. Kirsteen explains 'We will bring a novel approach to the investigation of advanced prostate cancer, where we believe that drugs already in clinical trials for other types of cancer could be exploited to eliminate prostate cancer cells from the body.'

In 2020 the charity launched a report on the overall prostate cancer research and funding landscape. This report revealed that over 60% of prostate cancer funding in the UK from 2002/3 – 2018/19 was concentrated within the so-called 'Golden Triangle' of London, Oxford and Cambridge, whereas Scotland received just 10% of this funding. Researchers based outside of the Golden Triangle reported, via both surveys and focus groups, that it could be more challenging to attract funding, collaborators, and recruit staff as a result of their location. In response, PCR has pledged to be vigilant against location and institution bias, and to only fund the best scientists with the best ideas, irrespective of where they are based. 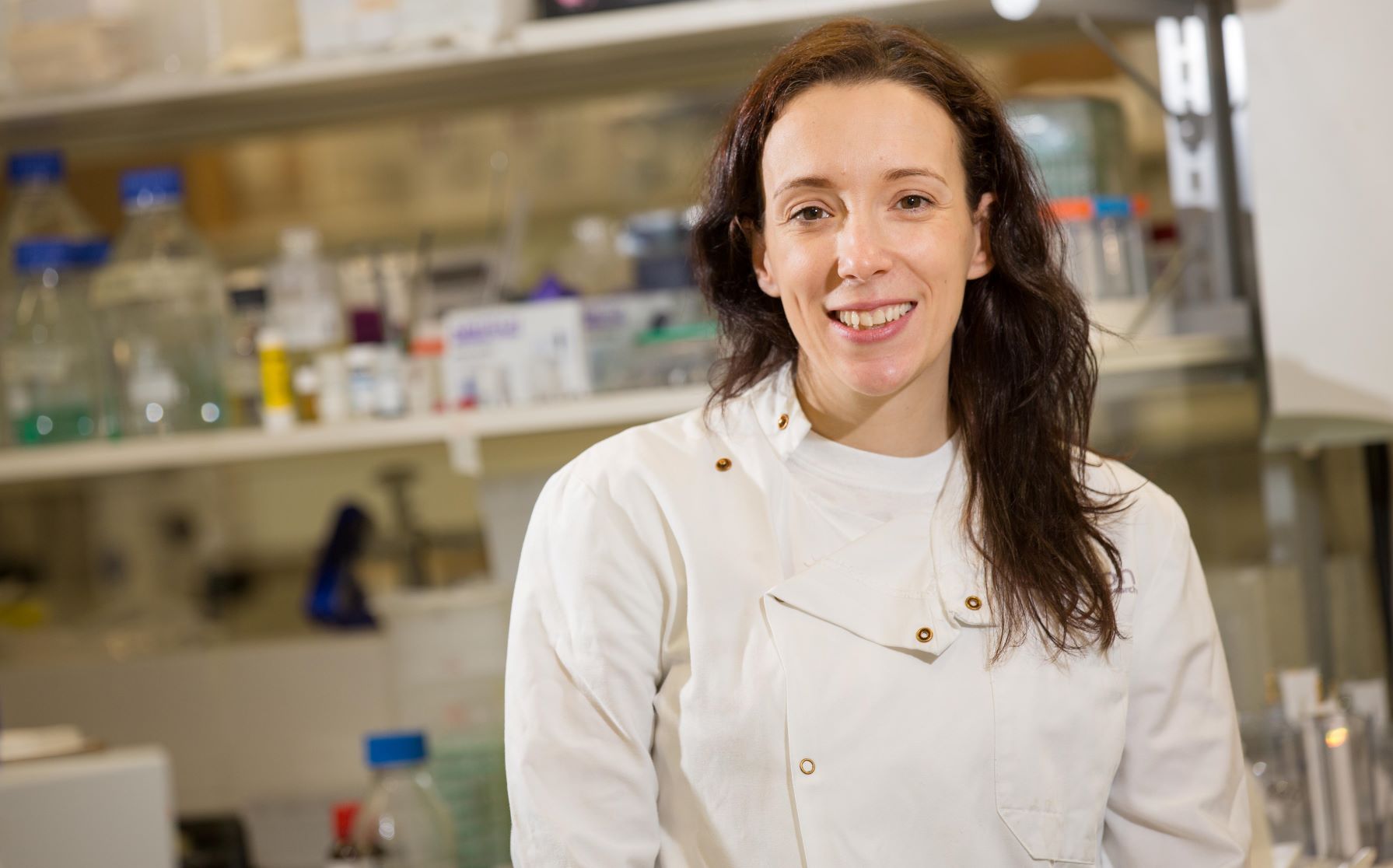 'Dr Kirsteen Campbell's work is innovative in that she is taking lessons from research into other cancers, like breast and blood, and applying them to prostate cancer. We hope that this means she and her team will be able to quickly make discoveries which can give patients with advanced prostate cancer more options – all the more important now that the pandemic is likely to lead to significant numbers of people being diagnosed with cancer at a later stage.' Dr Naomi Elster, Head of Research, Prostate Cancer Research

'We will bring a novel approach to the investigation of advanced prostate cancer, where we believe that drugs already in clinical trials for other types of cancer could be exploited to eliminate prostate cancer cells from the body. We aim to expedite the development of these new therapeutics in combination with current prostate cancer treatments and are delighted to use this PCR award to help make a difference to the lives of patients with prostate cancer.' Dr Kirsteen Campbell, Cancer Research UK Beatson Institute

In Conversation with Owen Sansom and Helen Matthews

Patient advocate Helen Matthews met with Owen Sansom to discuss the latest findings of the Cancer Grand Challenge project SPECIFICANCER, which aims to understand why mutations in certain genes only cause cancer in specific parts of the body.

Check out the video below to hear the conversation.

Congratulations to David Lewis for being shortlisted for the next Cancer Grand Challenges funding.

Founded by Cancer Research UK and the US National Cancer Institute, Cancer Grand Challenges supports a community of diverse, global teams to come together, think differently and take on some of cancer’s toughest challenges.

David Lewis as part of the CANCAN team joins 10 others competing for a share of £80m to develop smarter, faster and bolder ways to solve some of cancer’s toughest problems. Winners will receive £20m and the freedom to unite above boundaries to unleash their scientific creativity. 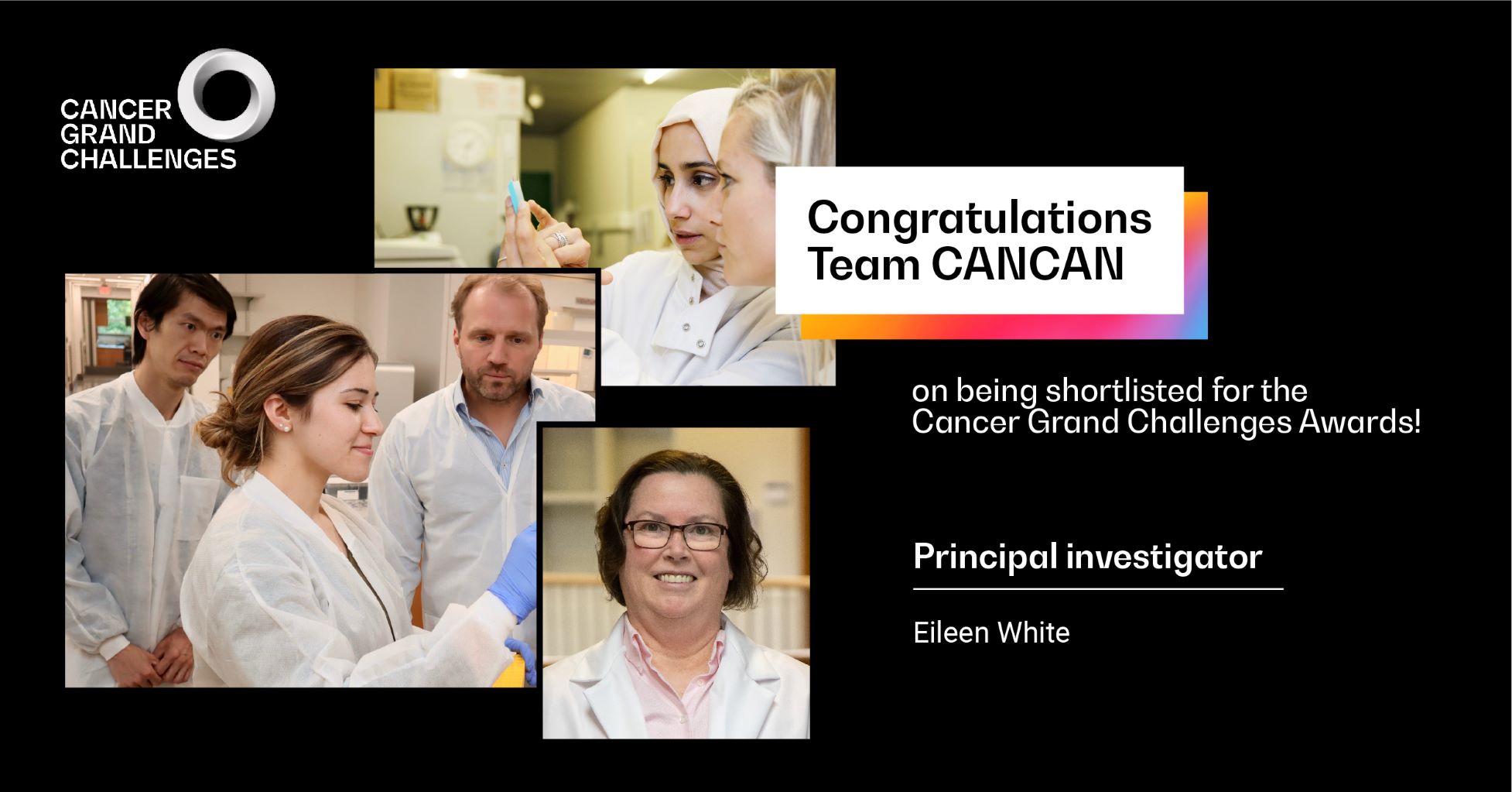 Androgen-deprivation therapy (ADT) is the standard of care for the treatment prostate cancer that cannot be removed by surgery. ADT is highly effective; however, many patients go on to relapse. Here, recent PhD graduate Rafael Sanchez Martinez and co-authors have used a proteomic analysis of prostate cancer models to reveal that distinct molecular mechanisms, include amino acid and fatty acid metabolism, affect the way tumours respond to ADT (SLFN5 regulates LAT1-mediated mTOR activation in castration-resistant prostate cancer). In particular, they found that a gene called Schlafen family member 5 (SLFN5) was involved in disease recurrence, and importantly, depletion of SLFN5 strongly inhibited the growth of tumours that had returned following ADT.

The vasculature is a major part of the gut. However, its role in the day-to-day maintenance of the gut is largely unexplored. Here (Dynamic adult tracheal plasticity drives stem cell adaptation to changes in intestinal homeostasis in Drosophila), postdoc Jessica Perochon and group leader Dr Julia Cordero, together with fellow authors, have used fruit flies to uncover a previously unrecognised crosstalk between stem cells in the gut and the fruit fly’s tracheal system (which is akin to our own vasculature). Importantly, this crosstalk is essential for gut regeneration.

Our Drug Discovery Unit uses ‘fragment-based drug design’ to identify fragments that could form the basis of new drugs to treat cancer. Alan Bilsland and others within the Drug Discovery Unit have used artificial intelligence and machine learning to generate a new fragment library (Automated Generation of Novel Fragments Using Screening Data, a Dual SMILES Autoencoder, Transfer Learning and Syntax Correction). They achieved this using SMILES (simplified molecular-input line-entry system) and chemical fingerprints from a set of 486,565 commercially available fragments.

Clonal haematopoiesis of indeterminate potential (CHIP) occurs when a subset of our blood stem cells gain mutations that increase their ‘fitness’, i.e. that allow them to outgrow their fellow stem cells. CHIP is associated with increased risk of developing leukaemia, as well as heart disease and stroke. By analysing the effects of mutations over a 12-year timespan, Kristina Kirschner and fellow authors have shown that gene-specific effects contribute to stem cell fitness (Longitudinal dynamics of clonal hematopoiesis identifies gene-specific fitness effects). Importantly, this holds potential for personalising the clinical management of people with CHIP in the future.