The team, which is led from Rutgers Cancer Institute of New Jersey, Weill Cornell Medicine and Cold Spring Harbor Laboratory, will receive £20m to take on the challenge of cancer cachexia, the debilitating wasting condition responsible for up to 30% of cancer-related deaths.

A world-class team of researchers, including the Beatson's David Lewis and the University of Glasgow's Oliver Maddocks, has been selected to receive a £20m Cancer Grand Challenges award to tackle the challenge of cancer cachexia. Cancer Grand Challenges is a global funding platform, co-founded by Cancer Research UK and the National Cancer Institute in the US, that supports a community of diverse, global teams to come together, think differently and take on some of cancer's toughest challenges. 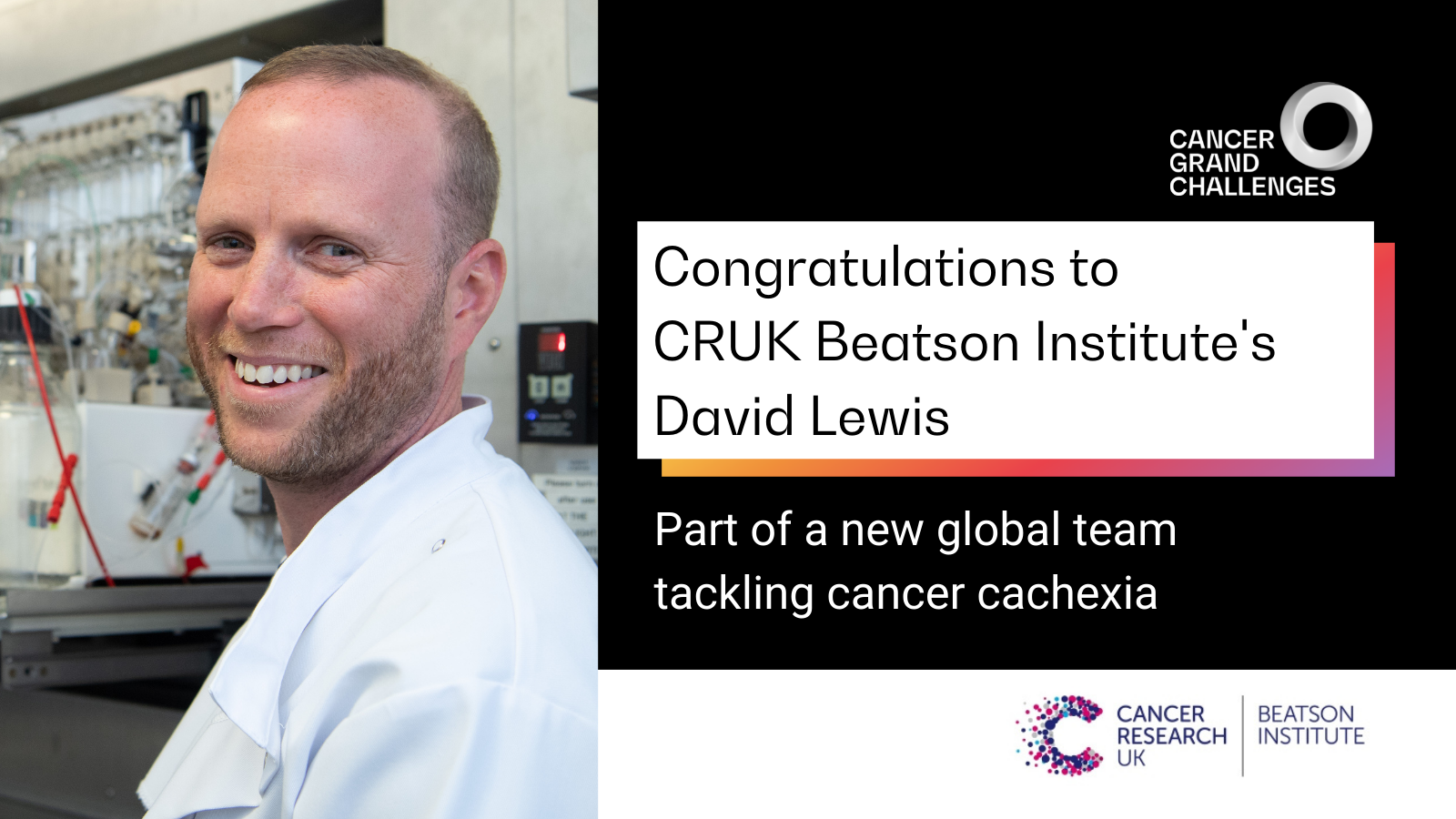 The Cancer Grand Challenges CANCAN team, led by Rutgers Cancer Institute of New Jersey's Eileen White, Weill Cornell Medicine's Marcus DaSilva Goncalves and Cold Spring Harbor Laboratory Tobias Janowitz, will tackle the challenge of cancer cachexia – a debilitating wasting condition people often experience in the later stages of their cancer that imparts a poor prognosis and quality of life. Although cachexia is a major clinical problem, we understand very little about it and have no effective therapies for people who experience it. The team hopes to build a deep understanding of what causes cachexia and develop novel treatments to intervene – which could transform people's quality of life and ultimately survival.

"I'm ecstatic about being in such an exciting international, diverse and excellent team of scientists, all coming at the problem of cachexia from different angles," said co-investigator David Lewis. "The combination of backgrounds and approaches we bring has never come together for cachexia research before – we're approaching cachexia through a new lens of basic biology that will redefine what cachexia is and lay the foundation for new and varied treatments."

The CANCAN (Cancer Cachexia Action Network) team unites clinicians, advocates and scientists with expertise in cancer, metabolism, neuroendocrine function, immunology and more, across 14 institutions across the US and the UK, aiming to build the world's first virtual institute with a mission to solve cancer cachexia.

The CANCAN team, co-funded by Cancer Research UK and the National Cancer Institute, is one of four new teams announced on 16th June as part of Cancer Grand Challenges, representing a total investment of $100m to diverse, global teams to take on some of the toughest challenges in cancer research.

"Cancer is a global issue that needs to be met with global collaboration. This investment in team science encourages diverse thinking to problems like cachexia that have long hindered research progress," said David Scott, PhD, Director of Cancer Grand Challenges, Cancer Research UK. "Cancer Grand Challenges provides the multidisciplinary teams the time, space and funding to foster innovation and a transformative approach. CANCAN is one of 4 newly funded teams joining a scientific community addressing unmet clinical needs across cancer research." 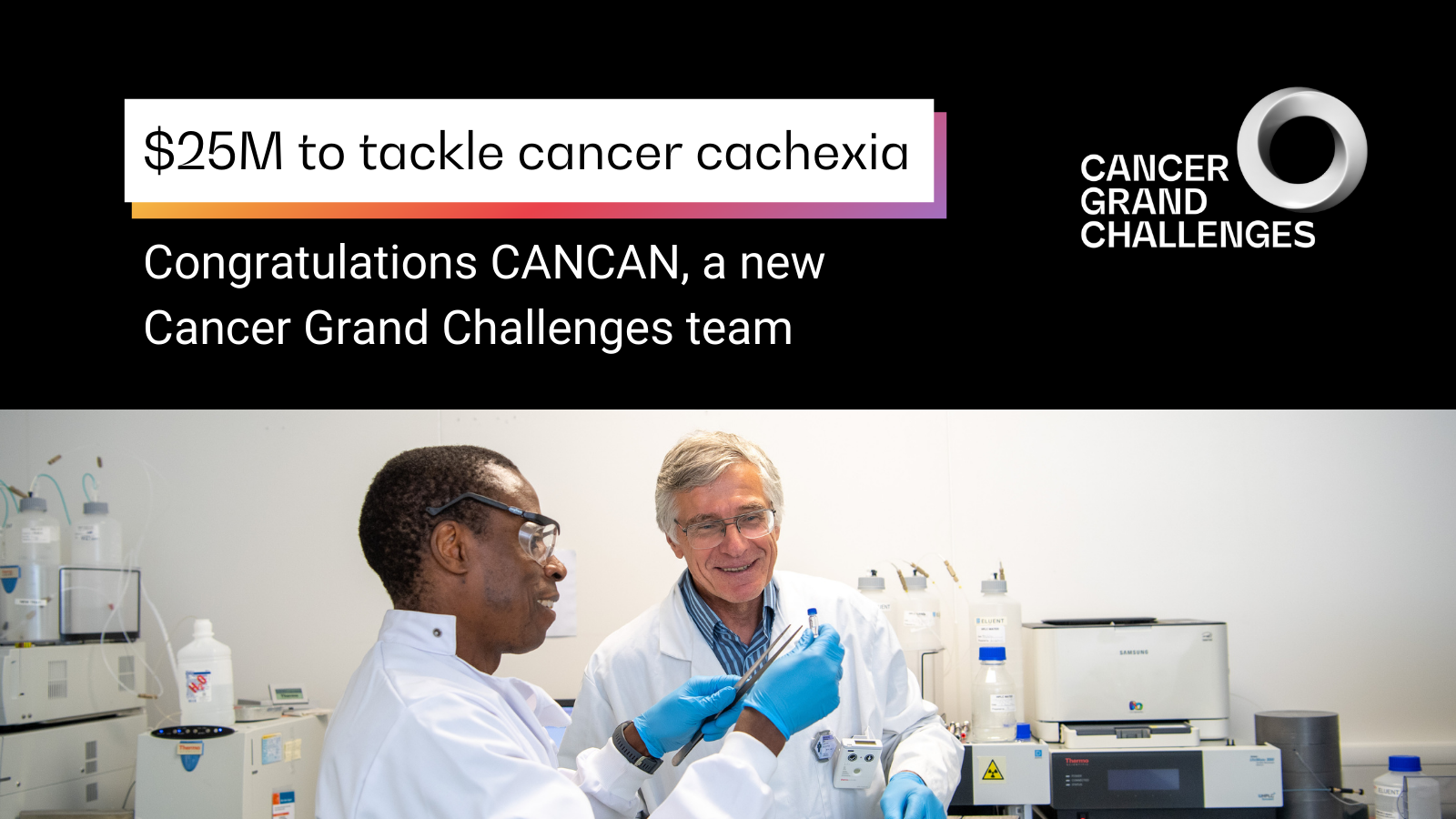