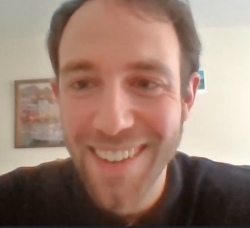 Many congratulations to Christos Kiourtis who has been awarded the Institute's JP Award for best student presentation. Christos is a final-year PhD student in Dr Tom Bird's group, who work on liver disease and regeneration. Christos gave a fantastic talk on the role of the systemic effects of hepatocellular senescence. 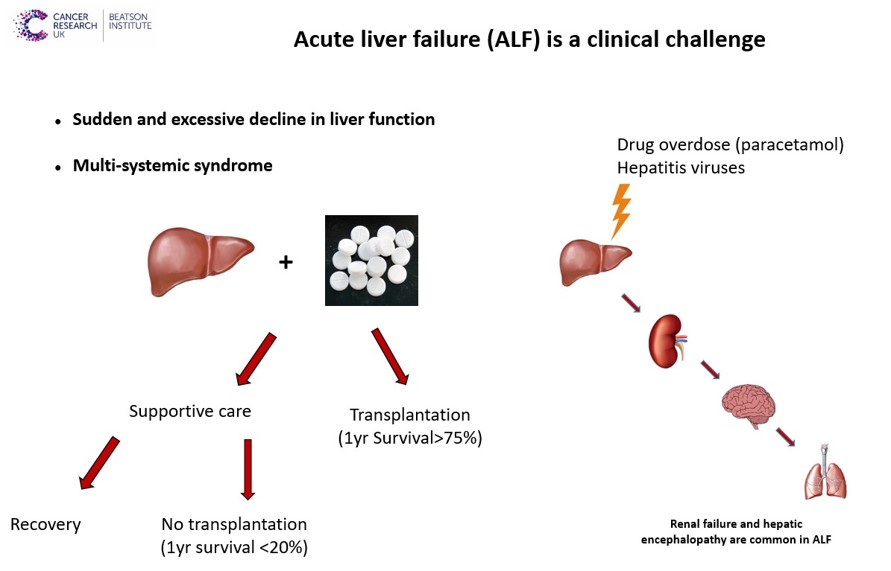 The JP Award is named after the Institute's former director Dr John Paul (1922-1994), who established the Beatson Institute for Cancer Research as an independent research institute and moved it to our present location on the Garscube Estate in 1976.

Today is International Women's Day! Since the International Day of Women and Girls in Science on 11th February, we've been highlighting many of our female scientists on twitter. Click 'read more' for a roundup!

Walking All Over Cancer

Several of our scientists and staff have pledged to walk 10,000 steps a day in March for Cancer Research UK's Walk All Over Cancer campaign. One of those making the commitment is Dr Amy Tibbo. Amy is a postdoc here who's studying why some prostate cancers return despite surgery. She's inspired to take on the challenge by her own gran's experience with breast cancer.

"I am determined to find solutions so that no-one
has to go through the heartache of cancer.”
-Amy Tibbo

You can read more about Amy's story here: Cancer scientist inspired by gran to take on Walk All Over Cancer 10,000 step challenge 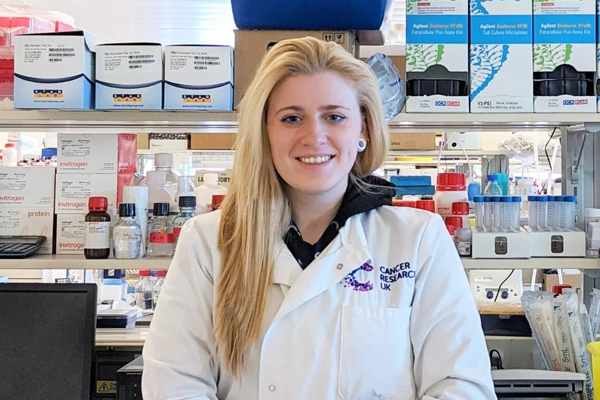 The Rho GTPase RAC1 is implicated in cell proliferation and is a potential target in cancer treatment. However, it is also required for normal intestinal homeostasis, so direct targeting of RAC1 could negatively impact that homeostasis. As an alternative approach to direct targeting, Karen Pickering, together with fellow authors, tested indirect targeting of RAC1 via other proteins that affect it, namely Vav2/3 and Tiam1 (A RAC-GEF network critical for early intestinal tumourigenesis). Deletion of all three of these genes profoundly suppressed hyperproliferation, tumourigenesis and RAC1 activity, and importantly, did so without impacting normal intestinal function.

MDM2 is a key regulator of the tumour suppressor protein p53 and is therefore another attractive drug target in cancer. However, designing inhibitors towards the protein's catalytic domain have been hampered by its tendency to aggregate. Here (Identification of a catalytic active but non-aggregating MDM2 RING domain variant), Helge Magnussen and Danny Huang identify a single point mutation that greatly decreases aggregation without affecting MDM2's catalytic activity. This variant should be very useful for developing drugs targeting the catalytic domain.

mTOR is a critical regulator of cell growth, integrating multiple signalling cues and pathways. Key among the downstream activities of mTOR is the control of the protein synthesis machinery. Here (The mTOR regulated RNA-binding protein LARP1 requires PABPC1 for guided mRNA interaction), postdoc Ewan Smith and fellow authors use RNA-binding protein capture to identify changes in the RNA–protein interaction network following mTOR inhibition. They find that upon mTOR inhibition, the binding of LARP1 to numerous mRNAs increases, an interaction which the researchers show requires another protein, PABPC1. Importantly, they find that this binding results in translational repression of mRNAs encoding proteins critical for cell growth and survival.

Oncogenic KRAS mutations and inactivation of the APC tumour suppressor often co-occur in colorectal cancer. Despite efforts to target mutant KRAS directly, most therapeutic approaches focus on downstream pathways, albeit with limited efficacy. Here (The amino acid transporter SLC7A5 is required for efficient growth of KRAS-mutant colorectal cancer), postdoc Arafath Najumudeen and fellow researchers show that simultaneous mutation of Apc and Kras in the mouse intestine profoundly rewires cellular metabolism, increasing glutamine consumption. Importantly, the team show that SLC7A5, a glutamine transporter, is critical for colorectal tumourigenesis in models of both early and late stage metastatic disease. Together, these data suggest SLC7A5 as an attractive target for therapy-resistant KRAS mutant colorectal cancer.

We would like to extend a warm welcome to Professor John Le Quesne, who recently joined the Beatson Institute. John joins us from the MRC Toxicology Unit in Leicester, and he comes to Glasgow as Mazumdar-Shaw Professor of Molecular Pathology.

The Le Quesne laboratory use novel methods in quantitative pathology to answer questions in tumour biology, applying a range of quantitative assays to human and animal tissues. Key areas of research focus are: the inference of tumour cell phenotypes from histological images, the use of machine learning methods to extract predictive/prognostic biomarker information, and the discovery and exploitation of therapeutic targets in dysregulated mRNA translation in cancer cells.

John has said 'I am really excited to be joining ICS and the Beatson. I am highly impressed by what the city has to offer, both academically and culturally, and I can't wait to start working with the wider cancer research community here.'

You can read more about John's research here.

In a preprint available on bioRxiv (Absent expansion of pericentral hepatocytes and altered physiology in Axin2CreERT2 mice), postdoc Stephanie May and fellow researchers at the Beatson Institute reconcile discrepancies found in previous lineage tracing studies of hepatocytes. Using a CreERT2 construct knocked into the endogenous Axin2 locus, the team found no evidence of expansion of the labelled hepatocytes. They also report that this mutant allele results in profound perturbation of the Wnt pathway and physiology in the mouse.

CYRI-B inhibits actin assembly, by competing with Scar/WAVE for interaction with Rac1. In a new study (Structural Basis of CYRI-B Direct Competition with Scar/WAVE Complex for Rac1), postdoc Tamas Yelland and PhD student Anh Hoang Le reveal the nature of this interaction, presenting the crystal structures of CYRI-B and the CYRI-B:Rac1 complex. They show that CYRI-B has two subdomains: an N-terminal Rac1 binding subdomain and a C-terminal Ratchet subdomain that undergoes conformational changes induced by Rac1 binding. In a related study now available on bioRxiv (CYRI-A regulates macropinocytic cup maturation and mediates integrin uptake, limiting invasive migration), Anh Hoang Le and others at the Beatson Institute also show that CYRI-A is recruited to nascent macropinosomes (cup-like structures at the cell surface that are important for nutrient uptake and regulation of cell surface receptor levels). They show that CYRI-A enables resolution of the macropinocytic cup by suppressing actin dynamics. Furthermore, the team also reveal that CYRI-A plays an important role in internalising integrins from the cell surface.